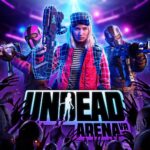 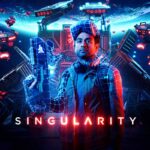 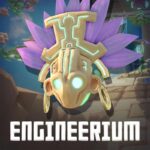 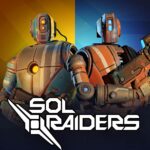 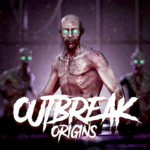 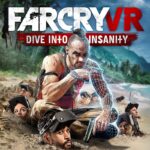 ABOUT OUR
VR GAMING ARENA

It was in Scott Vandonkelaar’s garage in Melbourne, Australia, that Tim Ruse, Kyel Smith, and Scott himself, the founders of Zero Latency, began working on the first-ever free-roaming virtual reality prototype (that is, where it is possible to move). The prototype was revealed for the first time at the 2014 Melbourne Pause Fest, two years after the start of its development: an instant success.

Building on this success, the three founders launched a crowdfunding campaign that quickly grew. Having attracted the attention of Carthona Capital, they succeeded in obtaining the initial investment required for the company’s development and launch.

Thus, in August 2015, the world’s first Zero Latency opened its doors to the public in North Melbourne, Australia. Today this pioneering VR arcade room is the undisputed world leader, with more than 750,000 games played in 18 countries and four continents.

In our VR space in Montreal, you will live a unique experience not only with our augmented reality headsets, but also with our large space specially designed to make every game as realistic as possible.

Our Virtual reality installations can accommodate multiplayer groups, in a play area exceeding 200 square meters (2200 sqare feets). As for the virtual space in which you will be immersed, it is even bigger and more imposing thanks to our advanced virtual reality games.

In short: a unique experience impossible to reproduce at home!

WHAT IS A ZERO LATENCY VR GAME ROOM ?

Our state-of-the-art equipment and facilities are specially designed to put you in the most immersive experience possible. When you enter a Zero Latency VR game room, you enter a new virtual world.

The Zero Latency Montreal arena combines wireless technology, unique software and, most importantly, an explosion of sounds and landscapes straight out of the imagination. It’s all part of exciting multiplayer games that let you share the entire virtual reality experience with colleagues, friends or family.

While our platforms are constantly evolving, always improved by our team, one thing remains constant: the pleasure that our players experience in moving freely through an ultra-realistic fantasy universe.

WHAT DOES A VR ZERO LATENCY ARCADE ROOM LOOK LIKE?

Our VR room is designed to accommodate up to 8 players at a time in an over 200 square-meter space. Our technology offers players a safe environment in which they can roam freely, without the risk of hitting a wall, without feeling dizzy, in a world of astonishing realism. Work as a team with your family, friends or colleagues to defeat enemies, take control of a stronghold and explore the game’s realistic, mind-boggling environment.

GET OUT OF YOUR COMFORT ZONE:
COME VISIT OUR VR ARENA!

*Are you ready to enter the future?  Book your VR gaming session online now!